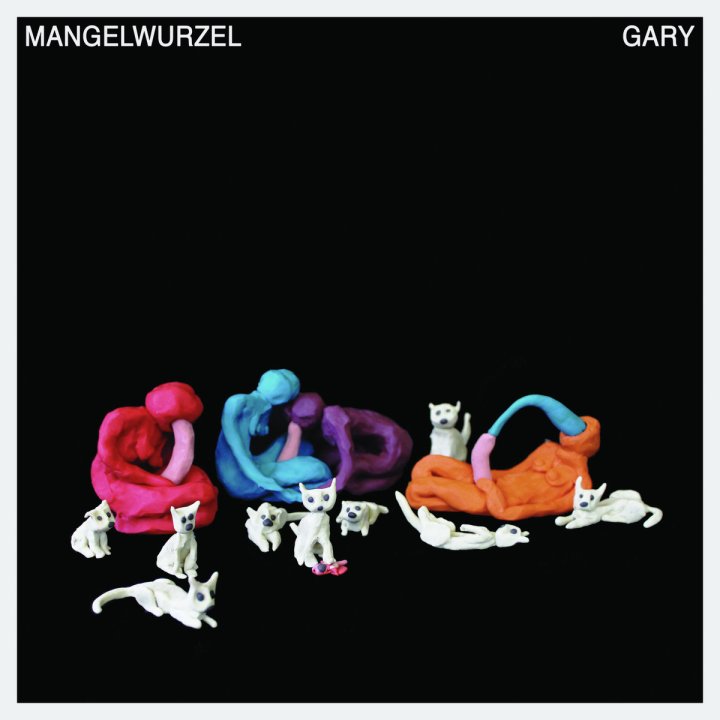 Jazz-pop scuzz-ninjas Mangelwurzel have delivered the goods with Gary, their debut album. The Melbourne sextet’s energetic shows, which are a happy mixture of brash, confrontational charisma, joyous abandon and some serious chops, are a sight to behold and have ensured them deserved attention over the past year. Thankfully, the band have captured that passion on record whilst revealing a subtlety to their playing that is perhaps not as obvious when you’re busy shaking it at a show.

The guitars, horns and vocal all serve a similar function, being both rhythmic and melodic in varying sections, which is a large part of what makes them a jazz-pop group rather than a more straightforward indie-pop band. The guitars are often syncopated to the beat, while the basslines move like snakes, looping and curving surely at the track’s feet.

Vocalist Cosima Jaala balances her punk tendencies with a sweetness, screeching like Yoko Ono one moment and gently harmonizing with the backing vocals the next.

My House is one of the standout tracks and showcases the band’s strengths by varying the rhythm and feel from section to section. Beginning in a fairly laid back groove, complimented by a bouncing bass line and accented with horn blasts, the song quickly switches to an on-beat syncopated rhythm that makes everything feel much more aggressive, a technique which is repeated several times on the album.

I.O.U. brings some relief from the danger, showing a softer jazz side to the band, which continues into the first part of Baby Pie, sung in a deceptively sweet manner by trumpeter Charlie Woods, before chaos quickly returns.

Woods’ and saxophonist Anna Gordon’s horns are very important to the sound, and part of what distinguishes Mangelwurzel from the singer’s other project, Jaala. They keep the rhythm beefed up whilst smoothing some of the fiercer punk moments and adding a lovely jazziness to the picture.

If I have a criticism of Gary it is that by its end the schizophrenic nature of the song construction and general mania gets a little tiring, but this is a small point as I’ve made it to the end on every listen.

Gary is released on February 26 and is available to preorder on vinyl or digital from the band’s website.