Golden Plains. Two words guaranteed to bring a smile to the faces of many a music lover; a weekend-long celebration of music and life held in the picturesque surrounds of the Nolan farm in Meredith, Victoria.

Gold Class kicked things off, bringing their sparse and emotive rock’n’roll. The moody skies above us were fitting perfectly with Adam Curley’s bleak delivery. Natalie Prass’ set was perhaps a little too laid back for the excitable crowd, as attendance dwindled somewhat and the muddy mix made the guitar and vocals hard to discern. It was interesting to note how country and sweet she sounded without the horns and other production elements featured on her album. 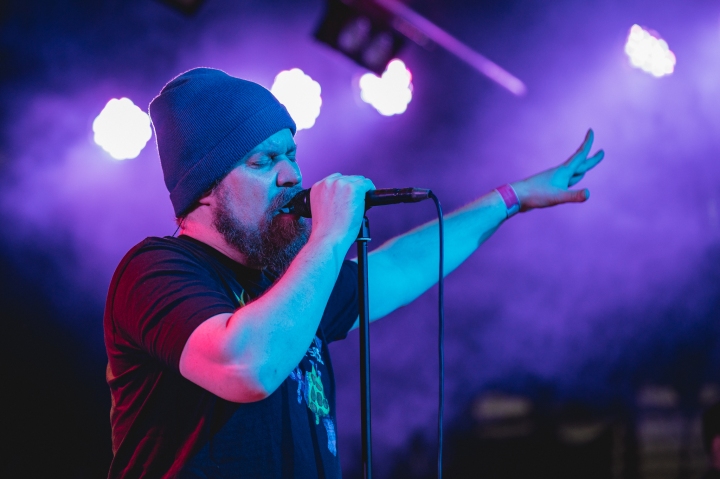 John Grant’s set was kind of confusing. Rather than the baroque piano ballads he initially became known for, he favoured the electronic production of his latest two records. Wearing baggy jeans, a T-shirt and beanie, Grant left most of the playing to his band as he cut an unusual dance hero, rocking the front of the stage with microphone in hand over squelchy synths.

The first of the legacy bands to feature were none other than the mighty Buzzcocks. It was interesting to see the difference between the two frontmen: Steve Diggle pogoed around his part of the stage, exaggerating emphasis whenever he struck a big chord, while Pete Shelley remained fairly static. The group sounded as energetic and fun as ever, with the run of singles towards the end of the set reminding everyone what a great contribution they made to pop in ’77-’78 with Orgasm Addict, What Do I Get and Ever Fallen in Love (With Someone You Shouldn’t’ve).

Royal Headache were the first act to make a strong impression, their marriage of rock, soul and punk showing a quality band in their prime. Singer Shogun strolled across the stage with purpose, looking totally in command. Parts of the crowd were fairly ambivalent, although Caroline seemed to perk things up.

Friendships put on an incredible set; well thought out and well executed. Nic and Misha both worked laptops and sampler pads as they built up kick drums and manipulated snares underneath video projections of their own creation. Under normal circumstances any type of spoken word should be approached with scepticism, but Nic pulled off two very effective pieces during less-involved tracks, with interpretive dancers and guest rappers joining them at other points.

The dreary weather of Sunday morning didn’t perturb people from turning out for HTRK’s 10am set, the austere nature of their music perfectly reflecting the mood. Now cut down to two members following the death of bassist Sean Stewart, guitarist Nigel Yang filled the frequency spectrum with a wash of slow guitar noise and occasional synth parts, delivered over a heavy programmed kick, snare and bassline. Jonnine Standish’s vocals were as cold and beautiful as ever with Ha and Give It Up obvious standouts.

Sampa the Great may be a relatively new artist, but she was perfectly at ease on the stage, exerting real star power and charisma. On record she is produced by Godriguez, who, when performing live, reinterprets his jazz sampled productions for drums, bass and guitar, he himself acting as band leader and guitarist. The subtle shifts in rhythm and emphasis were fascinating, with Godriguez’s jazzy runs and rock chords taking the tunes in very different directions.

Tyrannamen impressed by taking on very basic rock’n’roll with complete conviction and passion. There was a lot of fist pumping, and some pretty rockin’ guitar action from Cal Walker. Nic Imfeld proved to be a very convincing frontman, with last song You Should Leave Him particularly memorable.

Freddie Gibbs was the token afternoon hip hop act, always slotted late enough that people will be able to get their awkward shuffle on, but early enough to not scare the rock fans. This wasn’t lost on Gibbs, who greeted us saying, “Hi white people!” 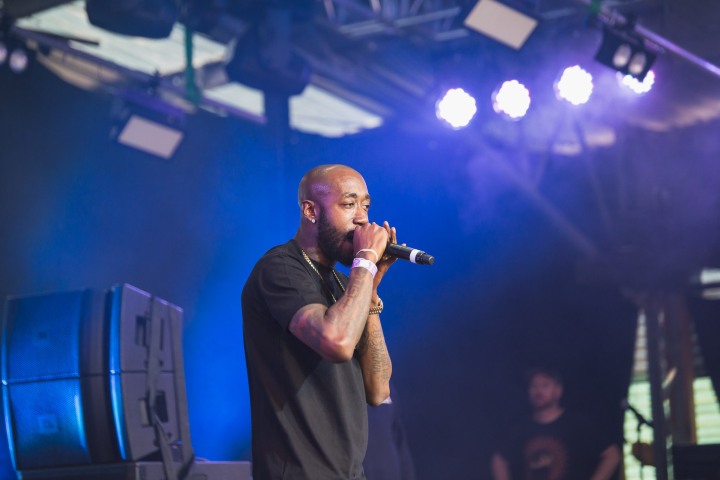 Gibbs’ intelligent lyricism was matched by his tough delivery, rapping his arse off over selections from Shadow of a Doubt, Pinata and ESGN. When Harold’s received a lot of raised boots a bemused Gibbs, obviously unfamiliar with this tradition, laughed “thought you were about to through shoes in this motherfucker.”

Despite breaking up for eight years before returning to the fold in 2014, Sleater-Kinney didn’t disappoint. Brownstein, Tucker and Weiss had energy, attitude and riffs for days, sounding as fresh and energetic as any band on the bill. This was not the case, however, with the Violent Femmes, another reformed legacy act, whose acoustic busker shtick was as tired as ever. They opened with Blister in the Sun and it’s just as annoying as you remember.

When the first band of this lineup was announced much of Melbourne lost their minds. Having left us while at the peak of their powers, Eddy Current Suppression Ring are the one that got away – that one to return to every so often and ponder ‘what if?’ Brendan Suppression took to the outer edges of the stage and preached to the masses, the sound of the band massive and intricate, using dynamics and force to bring this incredible music to life again. It was a religious experience, a moment to be treasured and passed down to our children. 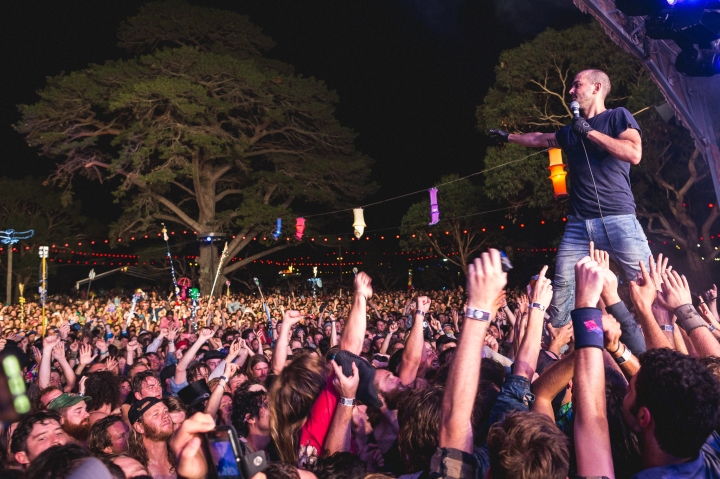