PJ Harvey returns after a five-year absence, picking up where she left off with 2011’s acclaimed Let England Shake. Having been informed by trips she undertook to Afghanistan, Kosovo and Washington, Harvey is still appalled and enraged on The Hope Six Demolition Project, funneling the social injustice she witnesses through her ever eloquent, and often striking, poetry.

Surrounding herself with long time collaborators Mick Harvery and producers Flood and John Parish, these recordings were made during an open to the public exhibition a la` Regurgitator’s Band in a Bubble concept.

Perhaps this method of recording encouraged the ‘live’ feeling of these songs, as despite the layers of overdriven guitars and screeching saxophones, the album still manages to sound quite organic and charmingly rough around the edges.

The prominence of rhythmic elements such as hand claps and acoustic guitars in the mix helps it to seem fairly sparse and acoustic, while the more involved instrumental parts form more of a bed of noise.

The Wheel is a good example of this, its entire first minute and a half is a repetitive blues stomp while an electric guitar soloes frantically before Harvey begins to sing. However once she does, the melody and acoustic guitar chords reveal the English folk song at its heart, a style that the one-time poster girl for 1990’s ‘alternative rock’ has grown into very comfortably. 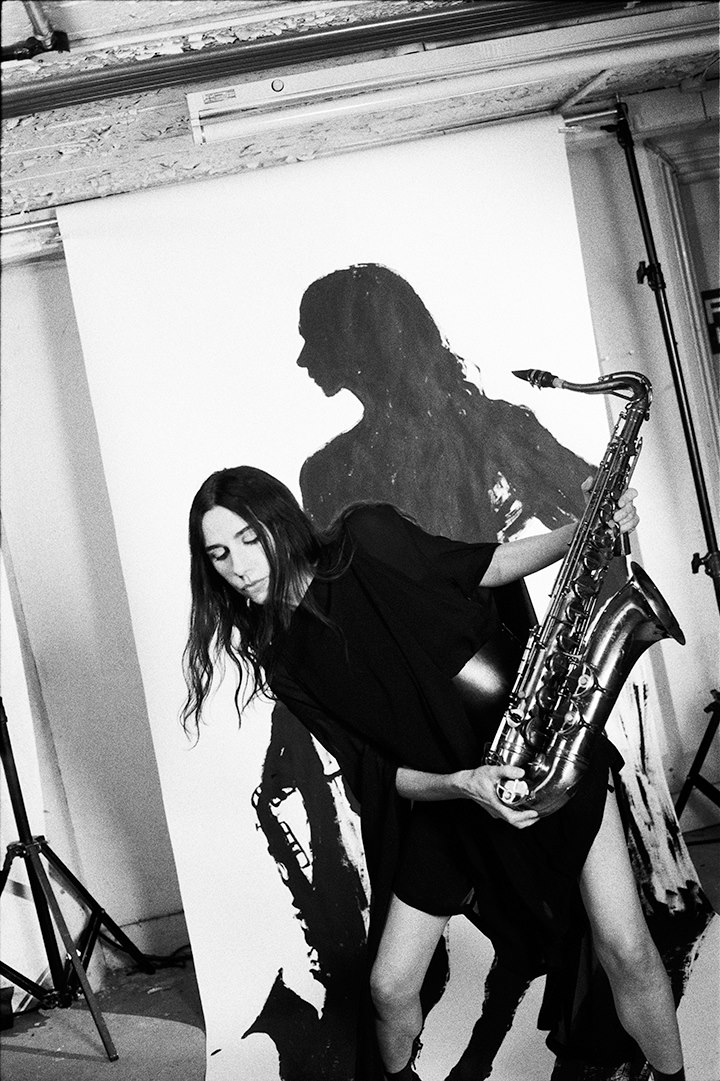 Over time Harvey has stripped away the sultry rock persona that once informed her vocal delivery and sings in a higher register which feels more honest, more feminine, and as strong as ever.

On standout track Medicinals Harvey walks around Washington D.C., thinking of the spices and vegetables that once grew wildly and were used as medicine there, and compares this to the alcohol used by the capital’s poor communities.

“Do you see that woman/sitting in the wheelchair/as from inside a paper wrapper she sips from a bottle/a new painkiller/for the native people.” It’s a very vivid image, and one in-keeping with the album’s lyrical position as outraged narrator, wandering the cities as an outsider. Fans of Harvey’s recent output will find plenty to like here.

The Hope Six Demolition Project is out April 15, 2016 through Island Records.