The career rebirth of Sixto Rodriguez is one of the most fantastic tales in the history of popular music. The American singer-songwriter released two albums in the early ‘70s, Cold Fact and Coming From Reality, only to be met with commercial indifference. His subsequent disappearance from the public eye and eventual return to performing in the late ‘90s was the subject of the 2012 Oscar-winning documentary Searching For Sugarman. The success of the film and its soundtrack was such that it sparked a genuine career renaissance for the man known simply as Rodriguez.

The movie is not only his story, but one about South African apartheid. The sanctions in place during the ‘70s and ‘80s allowed his records to become huge hits without the knowledge of anyone outside of the country. While earning a low income as a construction worker in Detroit, Rodriguez’s records were selling by the millions, unbeknownst to him at the time.

However, what is not reported in the film is that, presumably also for reasons of cultural isolation, the other place that Rodriguez became big was Australia. In fact the commercial interest was such that local tour promoters contacted the singer directly and brought him here in 1979.

“[They] called me on the phone for four hours. Eight concerts brought me out. Boy, the time I had, so very memorable,” says Rodriguez, down the phone from Detroit. In fact, the tour did two national runs and a total of 13 theatre shows, with reports from the time remarking on how shocked the performer seemed at the crowd sizes.

“The thrill of, whatever it’s called, it’s like opening night,” he says. “It’s still that feeling, some kind of anxiety, and loads of it as well. It’s all good, it’s very positive and now I’m very happy that it did become [my] profession.”

Since the documentary’s release Rodriguez has not only managed to maintain public interested through constant touring, but is now playing to larger rooms than ever before. “Last year and I played a 16,000 seater and they came out to see me, so they’re still there for me,” he says. “At this stage we’ve got more control of it and we’re more conscious of what’s going on.”

While acknowledging the positive effect that Searching For Sugarman has had on his life, Rodriguez is also keen to stress the difference between his work and that of the filmmakers.

“I had nothing to do with the making of it. I even asked that certain things be removed, but they kept them in there. So I didn’t have any say. One of them was that there was gonna be a third album. There’s no third album,” says Rodriguez. “Sometimes the film makes it misleading. The film suggests that, you know, but that wasn’t the goal. Well, mine anyway. The words I used as I saw it myself was that it cheapened the film. But I’m not a filmmaker.”

Which of course begs the question of whether after these recent years of heavy touring and an ever growing public interest we can expect to see a genuine follow up to Coming From Reality. However Rodriguez remains non-committal. “Yeah I think so but [there’s] nothing in the works right now,” he says.

Yet even without new material, the 73-year old is enjoying the touring life and has no qualms with playing songs that he wrote over 45 years ago. “I try and be true to the material, I don’t overplay it or underplay it. But it’s a moveable artform, and so that’s fun – you can move it around as well. But we try to stay true to the form of the music,” he says.

Tony Bennett – this is thinking about 1963, I Left My Heart in San Francisco – they asked him doesn’t he get tired of singing that song, and he said ‘that song gave me the keys to the world.’” 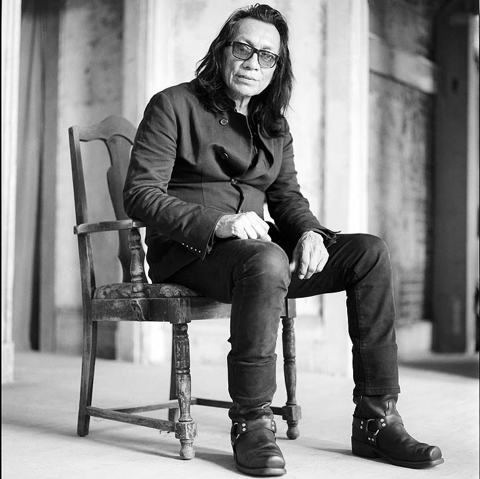 In conversation Rodriguez speaks with the same philosophical leanings peppered with ‘70s slang that typify his songs. When asked whether he thinks there are advantages to experiencing this success so much later in life than he had intended, the singer is decidedly positive.

“I can clearly say yes, very much so. I am [a] grandpa and I think that that kind of perspective really gives you a kind of balance, if not extra strength. So you have more purpose as a sense and I think that that’s the shift,” he says. “I think that they say that old age, you lose some of your faculties, but I think that some of them are getting even sharper. So even if your vision is diminished…”

Perhaps not wishing to discuss health issues and the glaucoma that is badly affecting his sight, Rodriguez cuts himself off and changes subject, as he does frequently throughout the interview.

Thankfully, given the astonishing 42-year gap between Coming From Reality and Searching For Sugarman and what is now known about the mismanagement and missed opportunities that caused that gap, the singer holds no bitterness. When asked what advice he might offer to the young musician who made Cold Fact, he leaves a long pause before responding with typical philosophical reflection.

“There’s so much reality gets in the way, and nothing beats reality,” says Rodriguez. “I don’t think you have that much clear choice all the time, we just pick the better of the choices and go for it.”

RODRIGUEZ is touring Australia in November and will appear at The Plenary in Melbourne on Friday November 25.

Published in Mixdown Magazine on 7/07/16

My new single #Overnormal is out in the world today. Give it a spin on your digital outlet of choice 🥳