Even the greats weren’t immune to the lure of doomed technology — and thanks to some internet randos, you can still play these ‘games’ online. 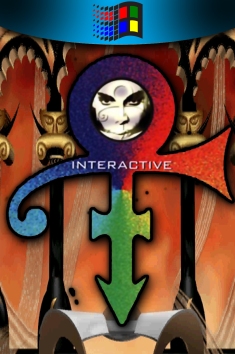 The early ‘90s were a strange time for the music industry. Advances in digital technology drastically altered the way in which music was produced, consumed and sounded, with pony-tailed record label execs brainstorming ways to cash in on these changes and established stars doing their best to keep up. Home computers were by then a common thing and for a brief period the CD-ROM emerged as a replacement for floppy disks, with their storage capacity causing certain innovative types to think big.

What followed were a series of ambitious multimedia releases from artists with a history of embracing new technologies, such as Prince, David Bowie, Brian Eno, Peter Gabriel and Todd Rundgren. It quickly became obvious however that the technology of the day was not quite up to scratch, resulting in clunky, frustrating experiences for users, with glitchy graphics, bad sound and non-intuitive designs.

Released in 1994, Jump: The David Bowie Interactive CD-ROM was devised as a new way to communicate Bowie’s restless creativity, while allowing users access to previously unavailable treasures from behind the Goblin King’s curtain (that’s the right movie yeah?).

“Don’t be passive; be interactive. The future of music is here – and it’s in your hands” read the packaging, which came with a US$49 price tag (about US$83 in 2018 terms). Unfortunately what was contained within was little more than a promo for one of the Thin White Duke’s most forgettable albums, the recently released Black Tie/White Noise, and its single, ‘Jump They Say’.

“I’m not quite sure what it is we’re doing, but it’s not just making records anymore,” enthused Bowie at the time. “It’s got a lot further than that, and we keep translating everything to be interactive. The medium is interactive multimedia, and I think that the CD-ROM is the best delivery system currently available.”

The reviews however were not kind, with Entertainment Weekly stating that “if there’s genuinely fresh work to be created in this maybe medium, it won’t be coming from rockers looking for a hip replacement.” The reviewer’s beef stemmed from the fact that all the disc really offered were the videos from Black Tie, White Noise (YouTube was still some 11 years away), some unremarkable behind-the-scenes and interview footage and the ability to ‘remix’ ‘Jump’, by changing the volume on an animated mixing desk with some of the song’s isolated audio tracks.

“I hated it. I absolutely loathed it,” said Bowie to Axcess Magazine two years later. “There were aspects of it I thought had potential, but then again, there was so much information on the disc itself that made the idea of anybody using it interactively a joke.”

While Bowie struggled to find a creative foothold in the ‘90s, his missteps weren’t nearly as obvious as Prince, who changed his name to an unpronounceable symbol, re-configured his sound and image to encompass a lame attempt at hip-hop and released 15 official albums of fairly questionable quality.

Like Jump, Prince’s Interactive CD-ROM came out in ’94, but was more interesting in that you could actually play it like a game, even if you probably wouldn’t want to play it for long. The story begins with the user crashlanding in a spaceship next to Prince’s mansion, which you then explore, putting together puzzle pieces of his symbol in order to unlock six songs — including the previously unreleased title track ‘Interactive’ — and four videos.

What Interactive had going for it was that it’s so eccentric that it undoubtedly must have been Prince’s idea, allowing you to wander from room to room, clicking on seemingly random objects in his recording studio, performance space and bedroom, which included a wardrobe with outfits from throughout his career, and a secret stash of S&M gear.

With copies of Jump and Interactive currently available on eBay for between $70-$150, a kind soul has managed to track down both for your downloadable pleasure, so sit back, relax and welcome to the future.

One thought on “Remember When Prince and Bowie Released 90s AF CD-ROM Games? No? Well Luckily The Internet Knows Everything”

Of all the songs off my new record DAMAGE has the strangest origin. Clip 1 is from a living room jam recorded on my phone, which was then sampled and used as the basis of the entire track. Swipe to clip 2 to hear how it turned out 🌍